Good news: Exploits kits remain in decline, thanks in large part to concerted efforts to disrupt their efficacy.

Unfortunately, criminals are focusing instead on social engineering attacks - including tech-support scams - and malicious spam campaigns as malware distribution mechanisms, as noted by Brad Duncan, a threat intelligence analyst for the Unit 42 security research group at Palo Alto Networks, in a Wednesday blog post.

The decline and fall of exploits kits is significant. Such toolkits made it easy for criminals with scant technical skills to infect legitimate websites and use them to launch drive-by attacks at visitors, often via a malicious inline frame - iframe - added to web pages. Exploit kits typically target known vulnerabilities in Internet Explorer as well as outdated and vulnerable browser plug-ins such as Adobe Flash Player, Oracle's Java Plugin Runtime Environment and Microsoft Silverlight.

Several factors appear to be contributing to exploit kits' fall from grace:

Cybercrime is a business. As exploit kits' efficacy has decreased, fewer criminals appear to be subscribing to the services, and that's apparently driven many providers out of business. In 2015, for example, once-dominant players such as Sweet Orange and Fiesta vanished. In 2016, Angler and Nuclear closed up shop. And this year, Neutrino has exited the market, with its developers reportedly blaming poor profits.

Whereas exploit kits charge a subscription fee, attackers today can also access an array of free and powerful attack tools, including keyloggers and remote-access Trojans, or RATs. As anti-malware site Bleeping Computer recently reported, many attackers - including Nigerian crime gangs - distribute these attack tools via phishing emails or spam to help them gather information on targets and run lucrative business email compromise scams. One judge in New York state, for example, reported Friday to police that she lost $1 million to a BEC scam.

Some exploit kits remain. But Palo Alto reports that two big cybercrime operations - EITest and pseudo-Darkleech - ceased using Rig exploit kit, one of the dominant players, for distribution, as of April. 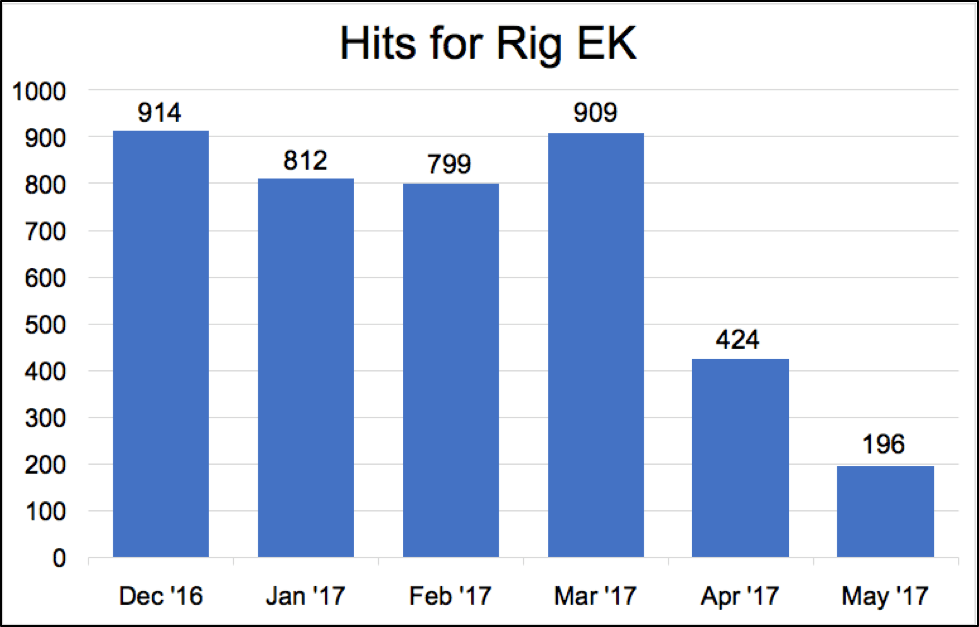 Security researchers say some recent attack campaigns by groups that relied heavily on exploit kits are now trying to trick U.K. and U.S. users into calling a fake tech-support phone number. Victims in other countries may get hit with banking malware or ransomware instead.

Sometimes, such attacks eventually end up using exploit kits. According to "Brad," aka @malware_traffic, the researcher behind Malware-Traffic-Analysis.net, some recent EITest campaigns target U.S. and British victims with tech-support scams, while directing users in other countries to sites infected with Rig, to try and infect their system with Mole ransomware. The Mole variant that's been seen used in attacks - as recently as June 15 - crypto-locks PCs and demands 0.5 bitcoins, currently worth $1,333, from victims for a decryption key. 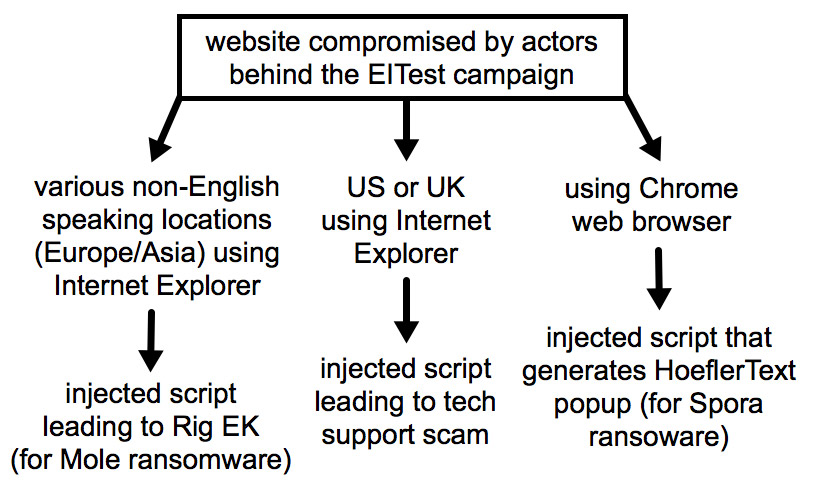 The researcher also reports that attackers continue to target Chrome users, in some cases using a fake "font not found" popup that tries to infect a system with Spora ransomware. Such scams typically claim that a font, such as Hoefler Text, must be downloaded. 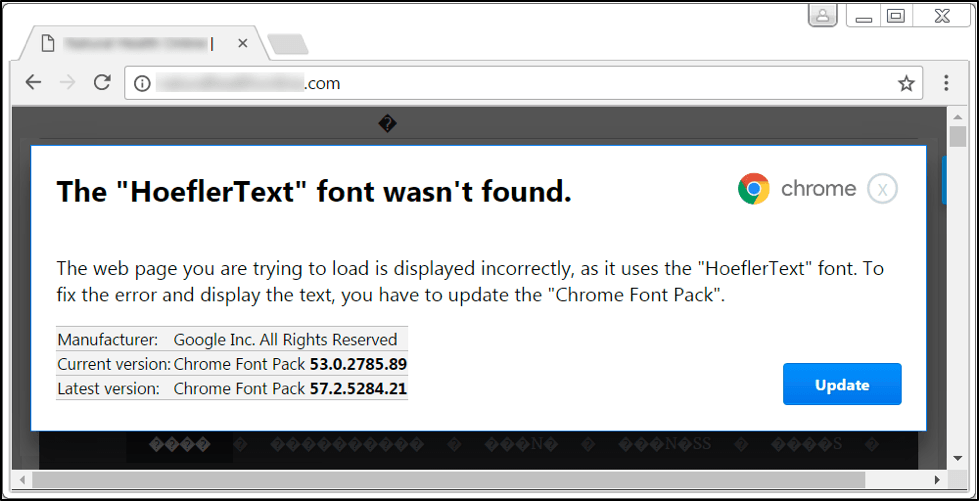 The developers behind Rig, meanwhile, continue to experiment with alternate infection mechanisms, including so-called seamless attacks, which make use of deprecated HTML designed to make an iframe look like it's part of a document.

Some recent seamless attacks, according to Cisco Talos, have been serving the venerable Ramnit banking Trojan.

Some malvertising - malicious advertising - campaigns continue to tap exploit kits. One recent ransomware attack that snared several British universities, including University College London, appears to have been distributed via malvertising that led victims to sites infected with the Astrum, aka Stegano, exploit kit. The Proofpoint security researcher known as Kafeine traced the attacks to a malvertising group known as AdGholas.

Another malvertising campaign, discovered earlier this month and potentially tied to the RoughTed operation that's been running for over a year, also led to Rig.

As that suggests, exploit kits may be diminished, but they are not extinct and remain a component in many attackers' campaigns. Duncan at Palo Alto Networks says exploit kits are now only a "relatively minor factor in today's threat landscape compared to social engineering schemes and malspam." Even so, he adds, security researchers continue to log fresh attacks - launched by the likes of the Rig and Magnitude exploit kits - almost daily.

Previous
Intelligence Panel Learns How to Hack Air-Gapped Voting Systems
Next Appellate Court to Rule on FTC's Case vs. LabMD