Poor post-breach communication can cause as much damage to a company's reputation as the cyber-incident itself, says Al Pascual, senior analyst for fraud and security at Javelin Strategy & Research.

"[It's] one thing to be weak in security, like to have a poor security posture, but it's another to make the situation worse, to make yourself look incompetent or simply look like you don't care," Pascual says in an interview with ISMG. "I think we've seen a bit of that this year, not intentional certainly, but it has happened, and I think that's the bigger mistake. You can remediate the security issues, but your image will remain tarnished."

Businesses and healthcare providers that don't adequately communicate with customers or patients could likely lose them, he says.

"These breaches are not just about remediation cost; it's not just about the cost of notification," Pascual says. "It's about the fact that [some] people are not going to be your customers anymore, so getting that message right is critical."

In this interview, Pascual also discusses new Javelin research that shows that card-not-present fraud in the United States is expected to be nearly 4 times greater than point-of-sale card fraud by 2018. This growth is due primarily to the rise in e-commerce volume, rather than a change in criminal behavior because of the implementation of EMV chip cards for transactions at the point of sale, Pascual says.

Fraudulent E-Commerce Purchases Will Grow Regardless of EMV Adoption 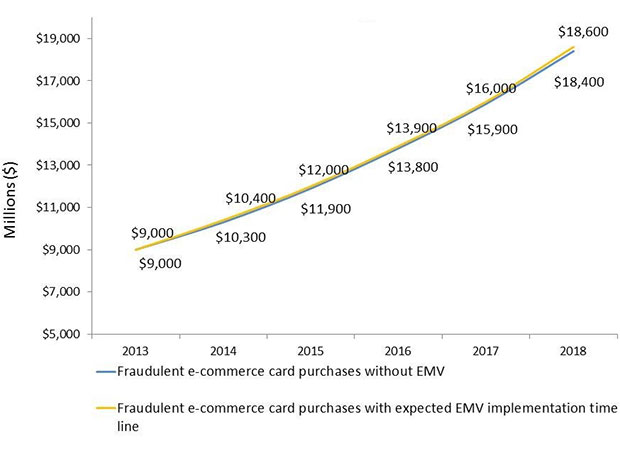 Next The Business of Fighting Fraud

The Essential Guide to MITRE ATT&CK Round 4