Here are some visual highlights:

Photos and videos by Mathew Schwartz.

RSA launched in a visual and sonic riot - DJ, drummer, and finally the hip-hop duo Black Violin, who played before a montage of cybersecurity news headlines. 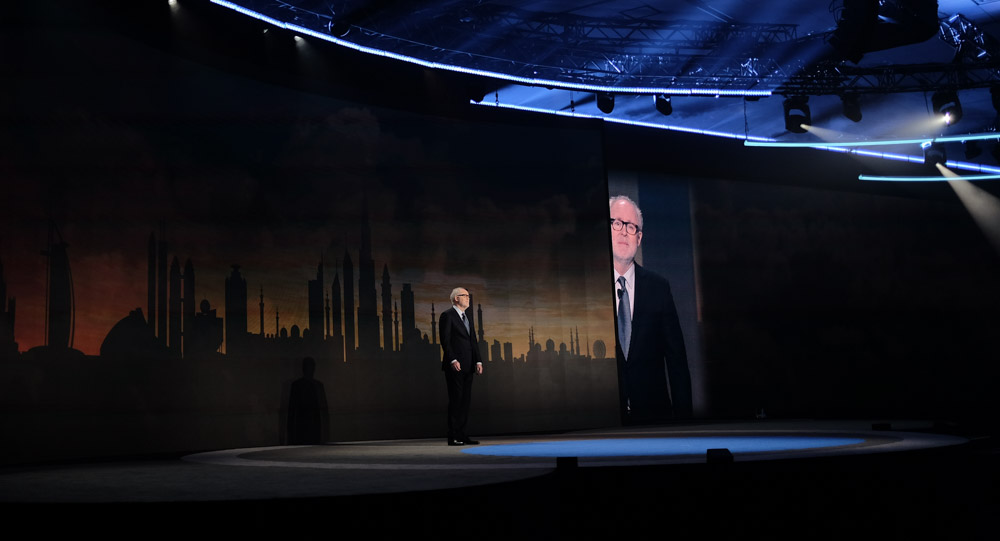 Who keeps the lights on? You do!

The conference included more than 500 sessions featuring more than 700 speakers. Keynotes were held in the Moscone West building, which also - with Moscone North and Moscone South - was the site of numerous presentations.

The nearby Marriott Marquis, which includes a subterranean - and what feels to be subway-level - massive conference space was also the site of numerous presentations. 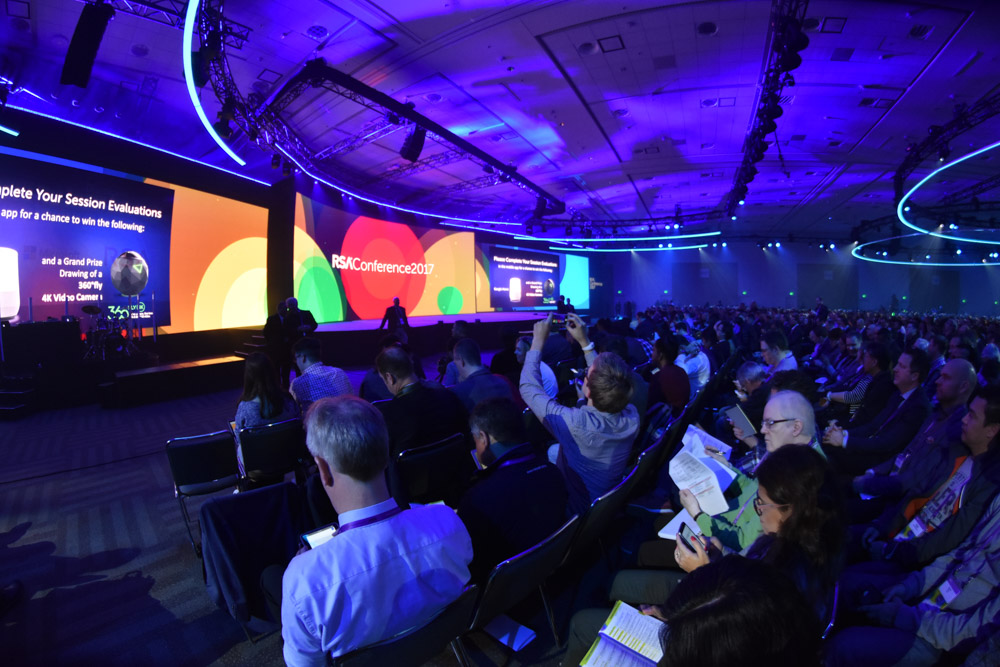 The audience for the opening keynotes.

The Greatest Crypto Ever 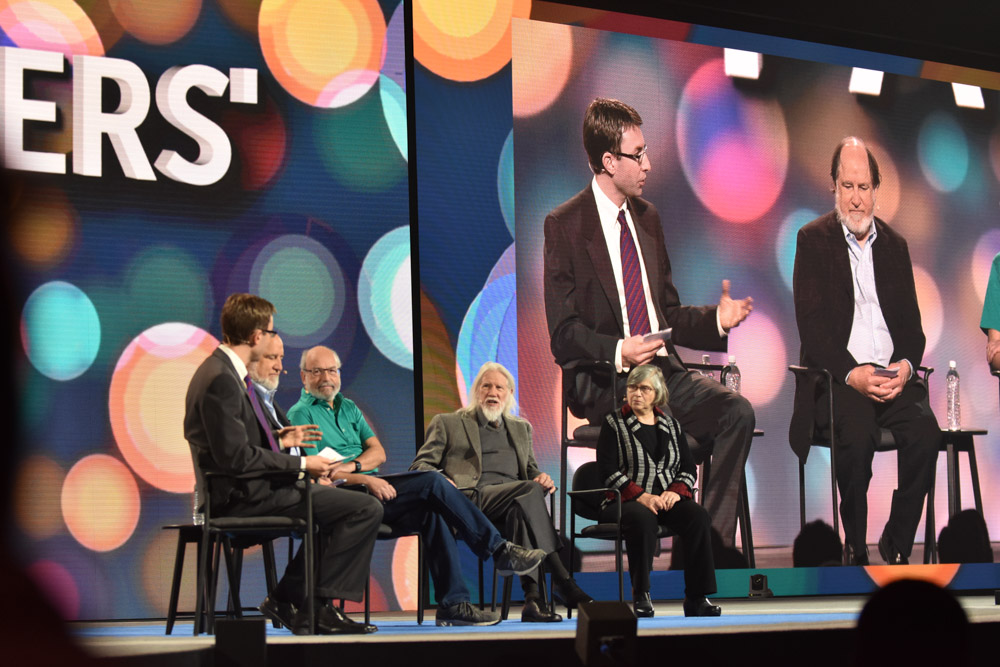 The potential impact of Donald Trump's still-new presidency dominated many RSA discussions, sometimes in humorous ways. The Cryptographers' Panel moderator Paul Kocher, president and chief scientist of the cryptography research division of manufacturer Rambus, detailed a new proposal for what he calls "Trumpcryption."

"It's a scheme that keeps your information secure but it has a backdoor that outputs alternative facts," Kocher explained. "It's a zero knowledge scheme." 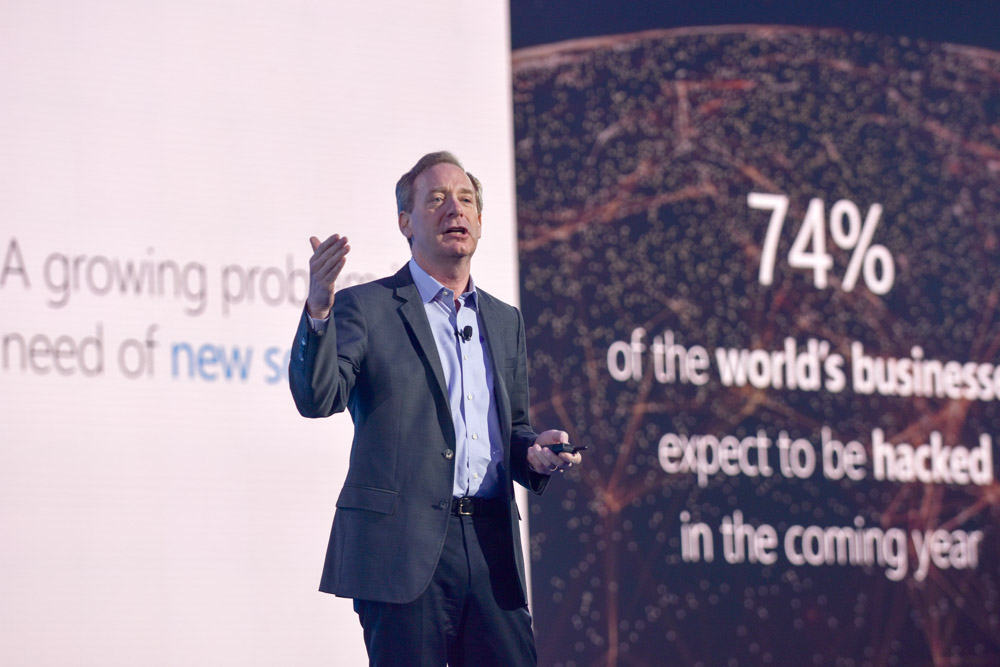 Numerous RSA speakers, responding to Trump's executive order on immigration, saluted immigrants' contributions to the IT and information security space. Microsoft CEO and president Brad Smith, for example, gave a shout-out to the many and varied backgrounds of Microsoft's employees, saying they hail from 157 countries and make him feel like he works at "the United Nations of information technology." 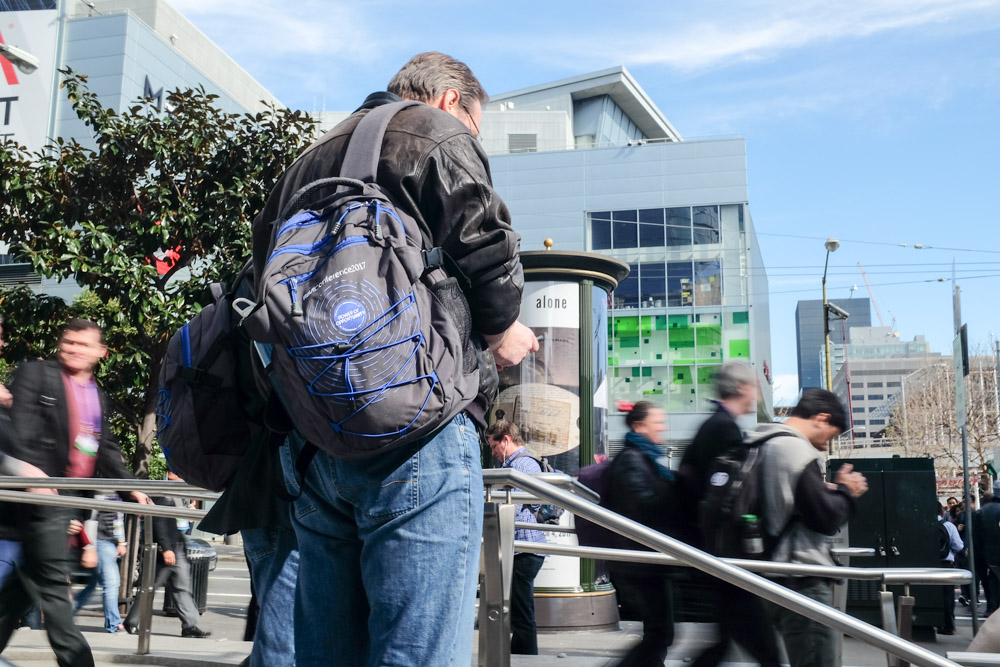 Some of the dominant themes that I kept hearing at this year's RSA centered on: 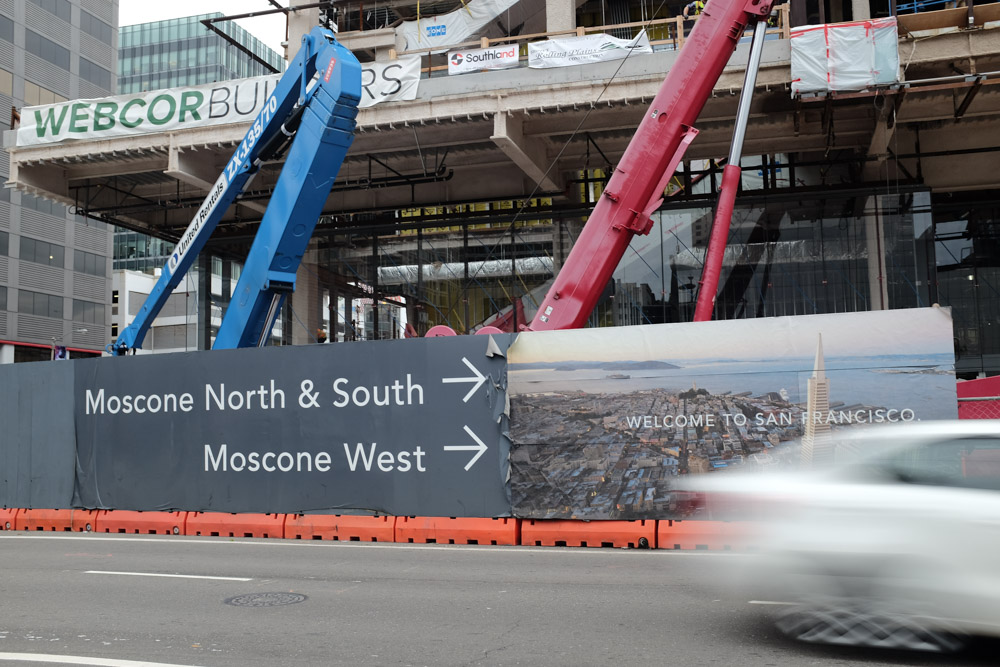 Also on the chaos front, vast parts of the Moscone Center - owned by the city and county of San Francisco - remain under construction, as was the case with the RSA 2016 conference. For members of the media, that has meant decamping to the W Hotel for meetings. 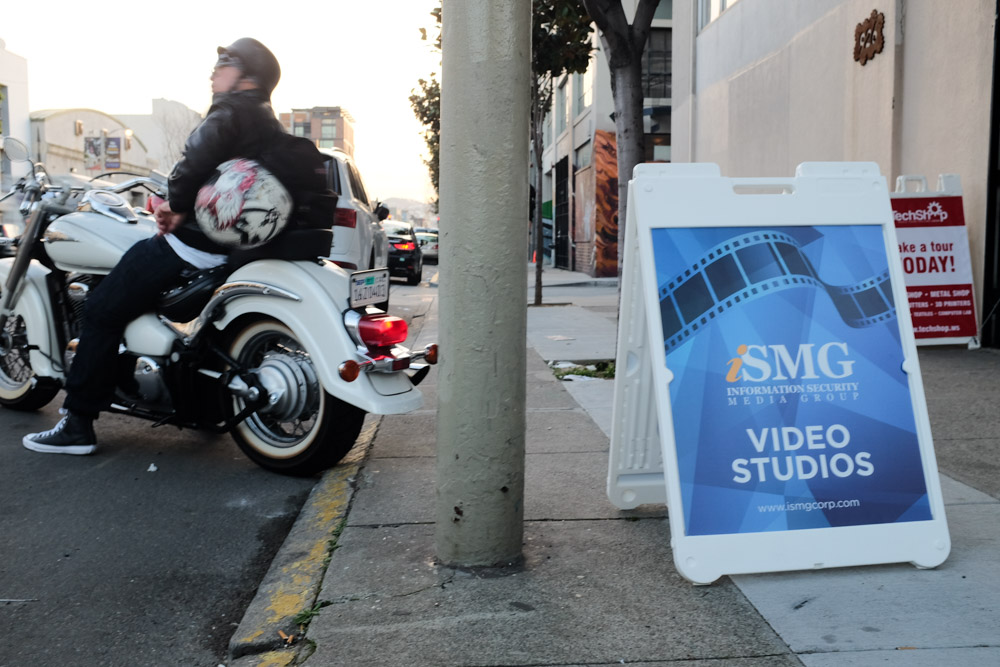 This year, however, Information Security Media Group also created a temporary studio in a nearby membership-based, do-it-yourself workshop called TechShop. 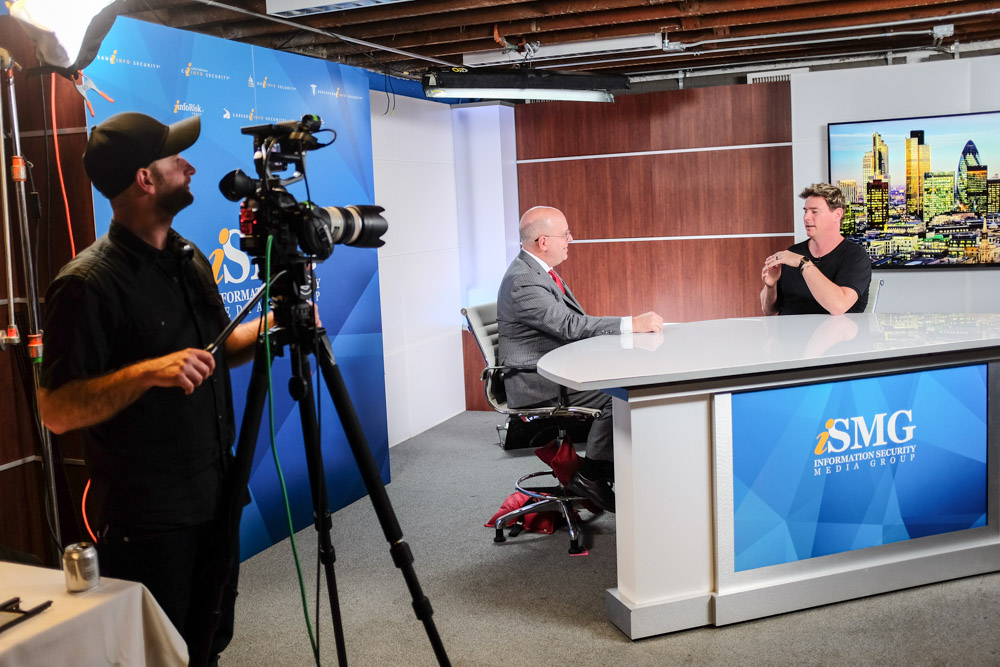 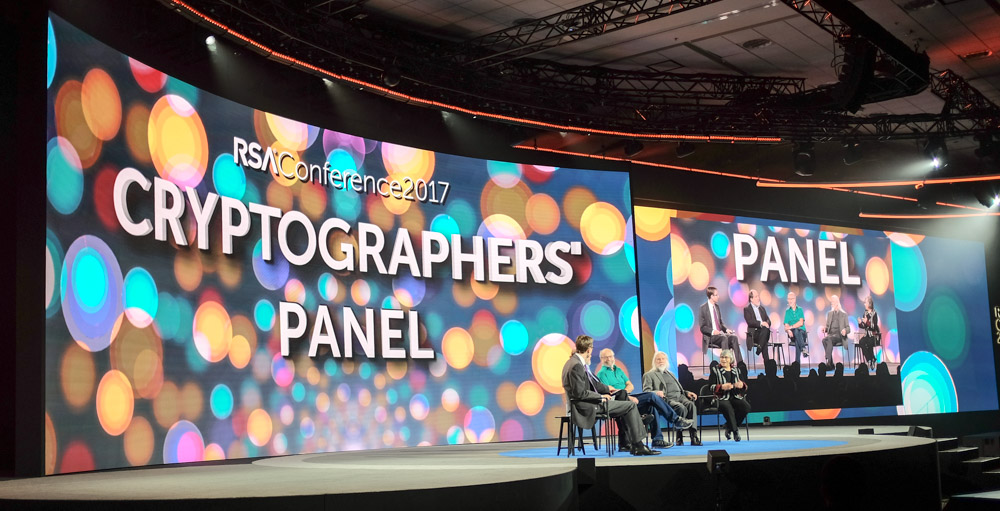 RSA wouldn't be complete without an inordinate amount of presentations - as well as vendors - focusing on some technology purported to be the latest silver bullet. My nominations for this year's most overhyped RSA technology include:

Some old hands at the conference didn't hold fire on the supposed upsides of some of the silver-bullet technologies being discussed.

"I'm skeptical that AI will have much of an impact on security," said Israeli cryptographer Adi Shamir - the "S" in the RSA public-key cryptographic algorithm, during the Cryptographers' Panel keynote discussion. "If you talk about 15 years from now, when AI systems are going to be super intelligent, I can foresee when you give all of the information about cybersecurity to the AI and it will think about it and then say, in a very calm voice, 'In order to save the internet, I'll have to kill it.'"

Already, some chat bots - thanks to AI techniques - are becoming difficult to distinguish from real people. That led co-panelist Whitfield Diffie, a pioneer in public-key cryptography, to predict that AI bots would become incredibly useful, albeit for "automated social engineering." 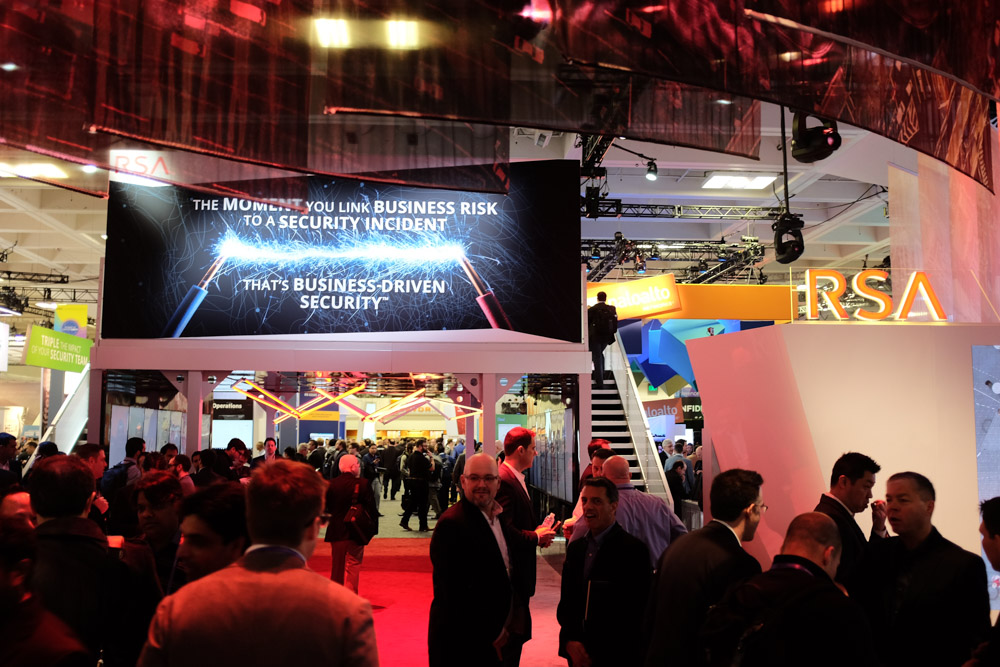 Going down, down, down to the Expo floor at @RSAConference 2017 in San Francisco #cybersecurity #RSAC pic.twitter.com/jaXM5FOWrf

Going down, down, down to the Moscone North Expo hall. 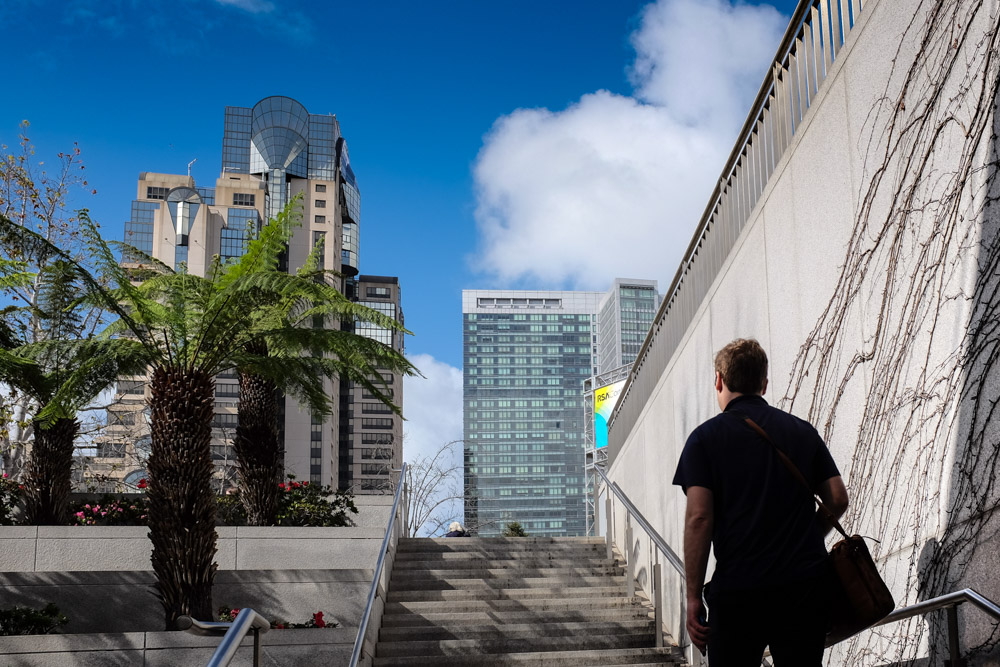 With sessions spread across so many locations, cue walking - lots of walking. Which is perhaps not a bad turn of events, given all of the vendor-sponsored lunch trucks dispensing free food.

This being San Francisco, of course, alternative methods of transportation were also available.