Melissa Hathaway and her son Alexander found themselves 22 customers deep in the checkout line at a Lego Store last Christmas Eve. The line wasn't moving because of a glitch that wouldn't allow the processing of charge-card transactions. "Do you have cash to pay for the gifts?" the 9 year old asked. "Yes," his mom answered. But the computerized cash registers couldn't record cash transactions, either. Alexander observed: "We're not a very advanced society if we can't move backward."

The amusing anecdote was delivered last week by the onetime White House cybersecurity adviser on a webcast originating from California and transmitted by Cisco Systems, which earlier this month retained her as a part-time senior adviser.

Hathaway is very visible these days, coast to coast. Tuesday, for example, she was honored in an Internet Security Alliance forum at the National Press Club in Washington. Monday, Terremark Worldwide announced Hathaway's election to the board of directors of the provider of managed IT infrastructure services. Since leaving government service in August, Hathaway has established her own consultancy, joined the Harvard Kennedy School's Belfer Center for Science and International Affairs as a senior adviser, written articles about cybersecurity that were posted online and been widely quoted in the media.

A year ago, most people never heard of Melissa Hathaway until President Obama tapped her to lead the administration's cyberspace policy review. For months, in stealth mode, she interviewed scores of government officials, IT security practitioners and cybersecurity thought-leaders to produce what's known as the 60-day report (the study was to last 60 days but took twice as long). 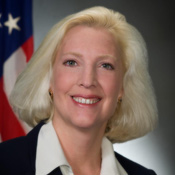 Fewer people even knew what Hathaway looked like, and when the White House eventually released her photograph in April, it became news. Hathaway made her public debut speech as the acting senior director for cyberspace at the National Security and Homeland Security Councils in a keynote address delivered at last year's RSA show. Still, until her resignation from government service in August - after being bypassed for the White House cybersecurity coordinator's job eventually given to Howard Schmidt - her public appearances and utterances were rare.

Now, in the private sector, Hathaway's new public persona should help build the public-private partnership needed to create the environment necessary to safeguard government IT systems and the nation's critical IT infrastructure. Few in the private sector have the recent government cybersecurity credentials and the intimacy with how federal IT security function as Hathaway. She addressed that point in the Cisco webcast:

"I think the things I can bring to Cisco and to others is that true understanding of how the public sector works and how to get that partnership moving along, And, the solutions can't be driven by the public sector; they're only going to be driven by private sector and it's who's going to be the first adopter of it and then how are we going to create that national movement around it. So I think right now, I can have the most impact on the private sector."

It's not just her knowledge of cybersecurity and the synergies between the government and business that will serve Hathaway in helping foster public-private sector cooperation. It's her ability to explain the impact of technology and security to non-technologists - whether government leaders, business executives or the average citizen - who must be part of the solution, as she illustrated in the telling of the Lego story.